Your next insurance agent will be a robot

Smarter machines mean more jobs are at risk of automation. Yours may be next. 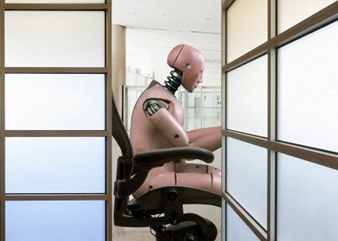 Zacharia took aim at the $220 billion-a-year US auto insurance industry on Thursday when she launched Insurify. Technically, her Cambridge, Massachusetts-based startup isn’t an insurance company. Rather it helps you sort through the maze of competing companies, their premiums and those dizzying coverage plans. Think of it as Travelocity for auto insurance.

To do it, 39-year-old Zacharia uses a robot — not the humanoid kind from sci-fi movies, but smart software instead. Still, watch out, Jake at State Farm and Flo at Progressive. Your replacement’s name is Evia, short for “expert virtual insurance agent.”

Snap a photo of your license plate, text it to Evia, which will ask you a few questions via text and then scour 82 insurance carriers’ plans to find you the best one for the money.

“No one in the industry is doing that,” says Insurify’s Bulgaria-born founder and CEO, noting that the process happens in an “instant.”

In other words, Evia is just like your old insurance agent, except she’s faster, smarter and cheaper.

Silicon Valley has a few technological obsessions these days. Virtual reality is one. Big data is another. But none threatens to replace people’s jobs like smart machines, or computer programs that can understand human language, sort through vast stores of data, make sense of patterns and even teach themselves.

To be sure, fears of machines taking our jobs are older than the cotton gin. Nearly every major technological development in the 222 years since its debut has come with predictions of mass unemployment. They were wrong (mostly). After all, the last two centuries of technological revolutions haven’t been ones of continuously rising unemployment.

New tech has made a lot of jobs obsolete, though new careers have risen in their wake. Cars may have made the buggy whip maker unnecessary, but they also created the car mechanic.

This time might be different. Recent and rapid advances in the fields of machine learning and artificial intelligence look likely to replace, or at least radically change, careers once considered immune from automation.

“It’s taking us to a jobless future,” says Vivek Wadhwa, who oversees research in fields including robotics and artificial intelligence at Singularity University, a Silicon Valley think tank. “Over the next 10 to 15 years, I see major parts of the economy being wiped out.”

Accountants have suffered serious incursions into their livelihoods by smart software. In 2014, 29 million people preferred to let Intuit’s TurboTax do their taxes rather than a bean counter. 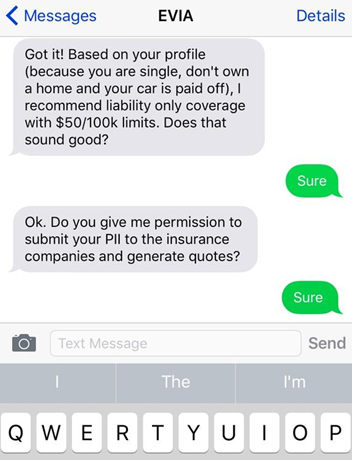 Driving will look very different soon enough. Investments into self-driving car technology by Google, GM, Tesla, Uber and others have some predicting that we won’t just share the road with driving robots. Instead, human drivers could become a thing of the past.

Even lawyers can’t avoid the changes. Law firms have already begun using algorithms to vet electronic documents like email messages for their relevance to a case.

Think creative gigs can’t be automated? Think again. Ipsy’s software picks outmakeup it feels you should be wearing. Another startup, Le Tote, chooses clothes for you. Last month, I received a pitch from Stylyze, a Seattle-based startup that says it has coded “the brain of an interior designer.”

It’s come to this: The BBC created a site last fall that lets you find out how soon your job will get taken over by a bot. Journalist ranks pretty low on the risk list, coming in at 285 out of 366 careers. Jobs like telephone sales people, typists, bookkeepers, bank and post office clerks are among the most likely to be automated out of existence.

Zacharia isn’t all that worried by the trend. The former exec at market researcher Gartner said automation will simply make searching for the best deal on auto insurance a lot easier.

After a minor accident while finishing up graduate business school at MIT in 2013, Zacharia began looking for a better insurance plan when she saw her premium spike. She went online, searched sites and called a bunch of agents. She said she came away disgruntled and without an accurate apples-to-apples comparison of her options.

Zacharia’s company doesn’t charge consumers to search for rates. Instead, it collects a commission when they choose an insurance company’s plan. Insurify, she notes, is “not a lead-generation company” that has an incentive to steer consumers toward one plan over another.

She hopes Insurify, which has raised $2 million in seed funding, will help bring auto insurance up to speed. However, the tech she’s bringing comes with costs and benefits.

“There might be a few Jakes that lose their jobs,” Zacharia says, referring to State Farm’s khaki-clad TV pitchman. “But there will be the few [remaining] who will just do 10 times the volume they’re currently doing.”