These 7 charts show how Americans are claiming Social Security

Doug Draper Posted on September 16, 2015 Posted in Government No Comments 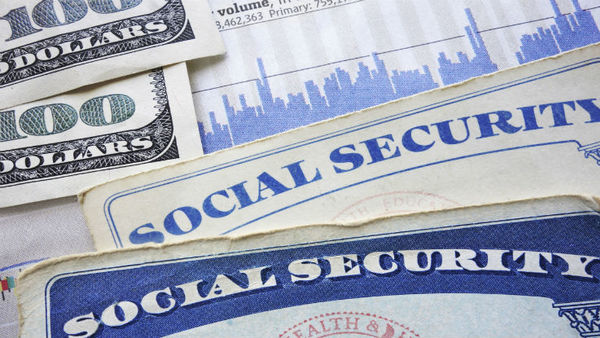 Having failed to plan for retirement, many U.S. workers are taking Social Security benefits early, often because unexpected life events are forcing them to do so.

That’s the sobering conclusion of new research from Nationwide Retirement Institute. Conducted by Harris Poll, the survey polled 902 adults ages 50 and older who are retired or plan to be in the next 10 years.

The survey shows that more than 8 in 10 (83 percent) of recent retirees started taking their benefits earlier than their full retirement age.

Result: a smaller monthly paycheck. Early retirees polled by Nationwide peg their average monthly payment at $1,174. In comparison, those leaving the workforce at full retirement an average monthly payout of $1,590. The figure jumps to $1,752 per month for individuals retiring late.

“Social Security is often a large piece of American workers’ total retirement income, and the decision on when to file shouldn’t be forced on anyone,” says David Giertz, president of distribution and sales for Nationwide. “If handled incorrectly, retirees could be missing out on hundreds of thousands of dollars in retirement income.”

No doubt. As we’ve previously reported, a 62-year-old retiree eligible for Social Security income of $1,000 per month could boost the payout to $1,500 per month by waiting to age 67.

The $500 (50 percent) increase has to be weighed, however, against another reality: the $1,000 per month in lost income. Christopher Hill, a contributor to LifeHealthPro, calculates that the 67 year-old retiree would need 15 years to arrive at a break-even point (i.e., where the total of the additional $500 matches the $1,000 payout).

Also to consider: the loss of interest income. Brenton Smith, another LifeHealthPro contributor, writes that the Social Security income a 62-year-old retiree receives over a “normal” lifespan is about equal to the payout a 70-year-old would get when you factor in foregone interest.

The income lost by waiting may help to explain the decision of some retirees to begin taking income early. But the Nationwide report points to other reasons.

Chief among them: the need for money. Nearly 4 in 10 of the survey respondents (38 percent) cite the financial need. An additional 3 in 10 (30 percent) flag health problems. And just about a quarter of those polled (24 percent) say the loss of employment forced the issue.

What impact are financial advisors having on Social Security planning? As you might expect, advisor-client engagements are yielding positive outcomes.

Among retirees who received advice, the overwhelming majority “mostly” or “completely” implemented their advisor’s recommendations. That’s true across age groups: future retirees (88 percent), recent retirees (96 percent) and those who have been retired for 10-plus years (99 percent).

In most cases, too, clients initiated the discussions that led to the planning recommendations (from 52 percent to 61 percent of those polled, depending on the age group). Likewise, a majority of respondents broached the Social Security issue “immediately” or “shortly” after the start of the planning engagement (36 percent and 24 percent, respectively, among recent retirees).

Higher percentages of those who work with a financial advisor also are better off than those without one when judged against several financial metrics.

Among the report’s additional findings:

The charts beginning on the next page highlight key findings from the survey. 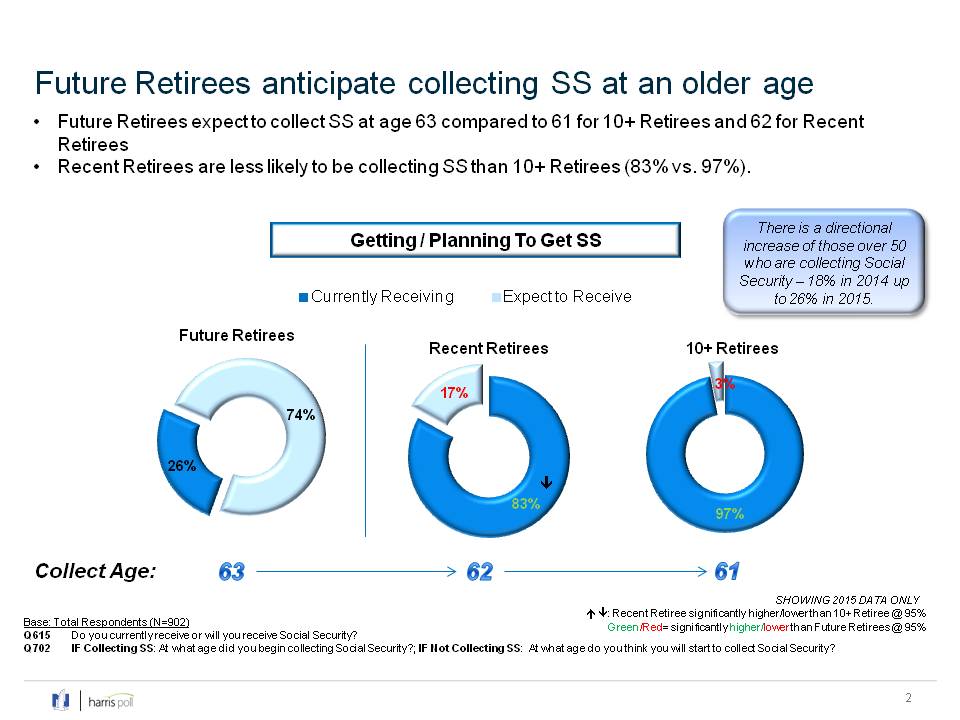 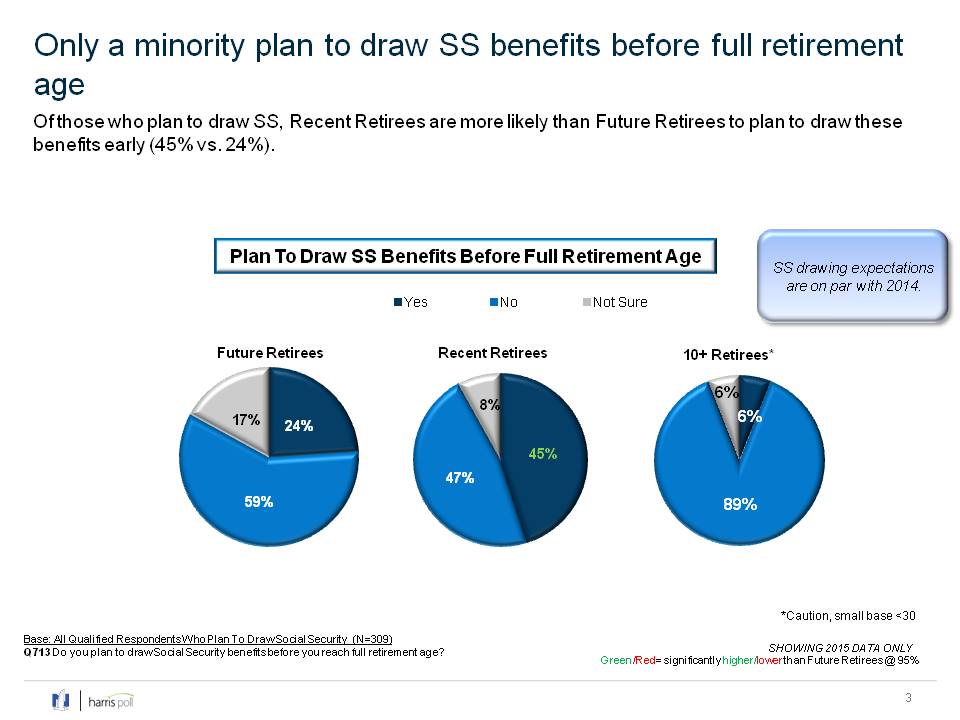 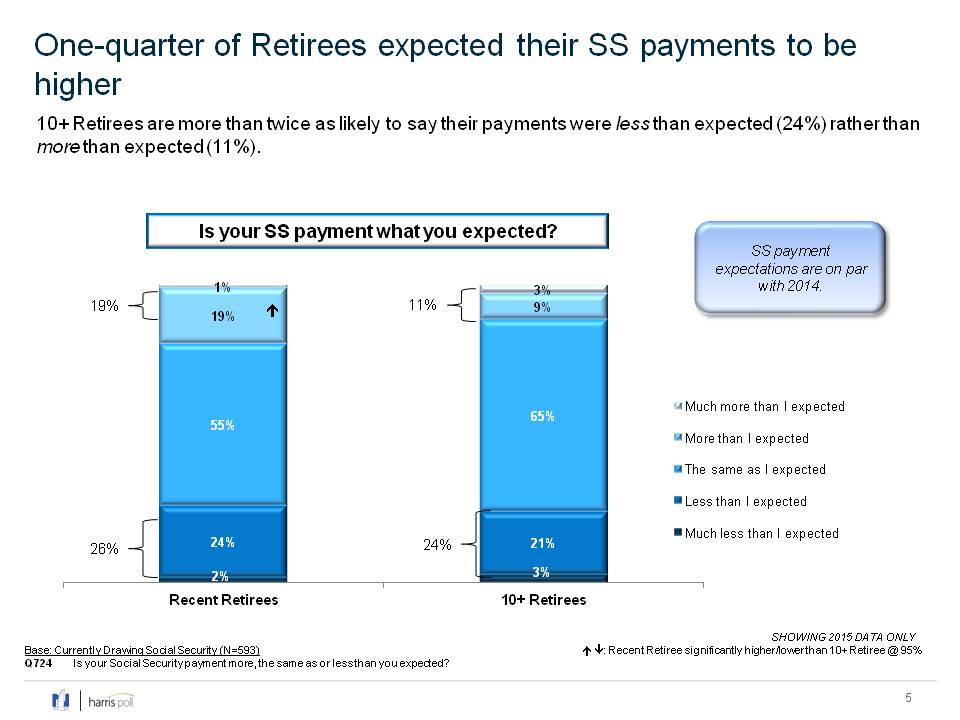 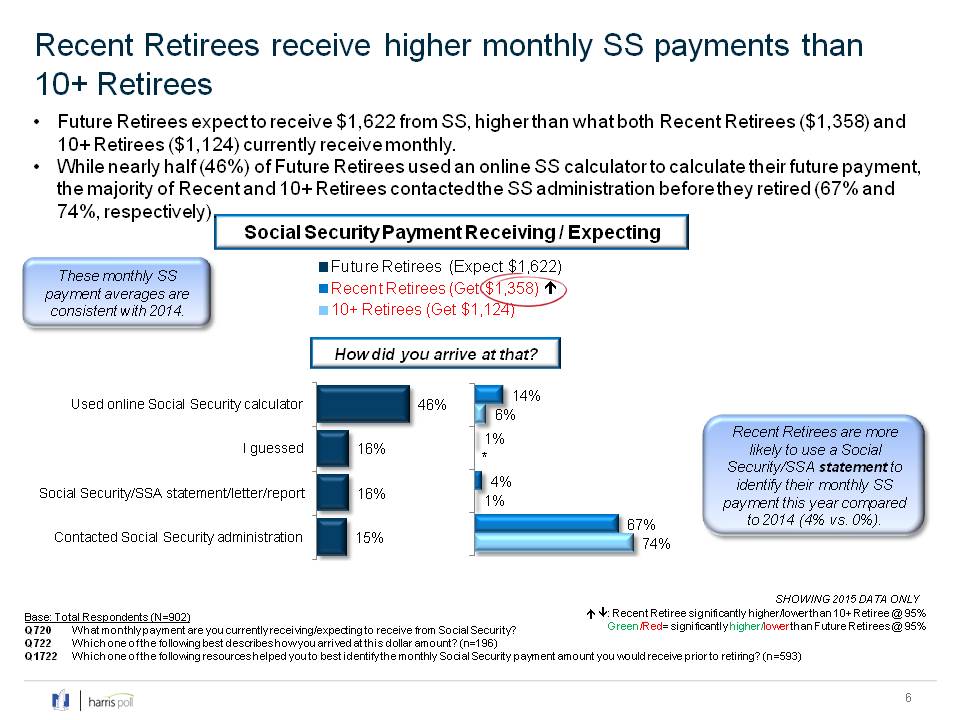 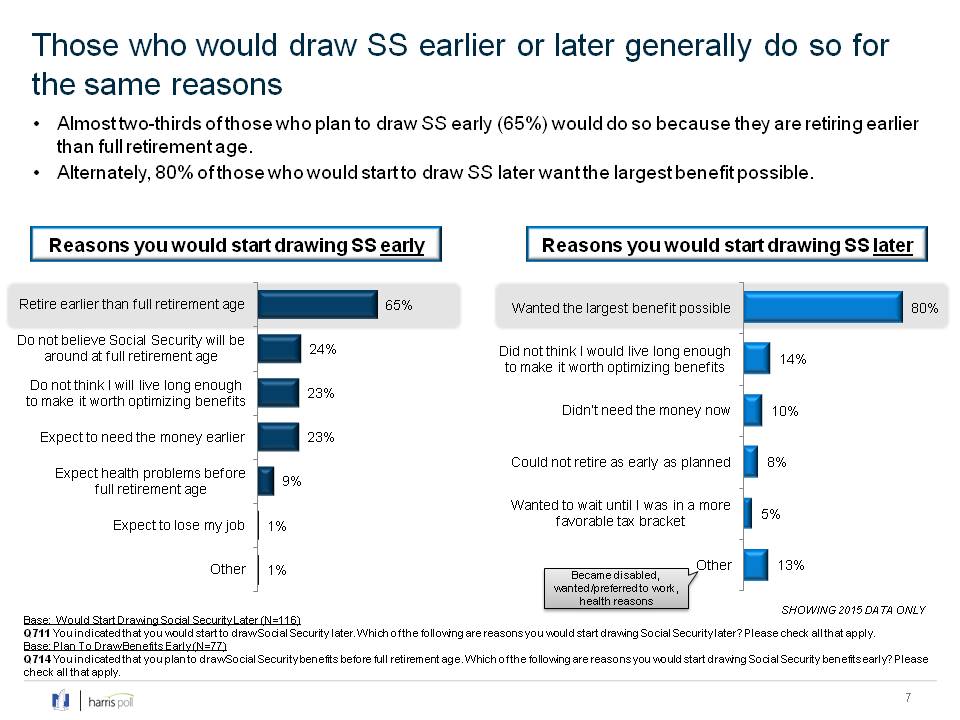 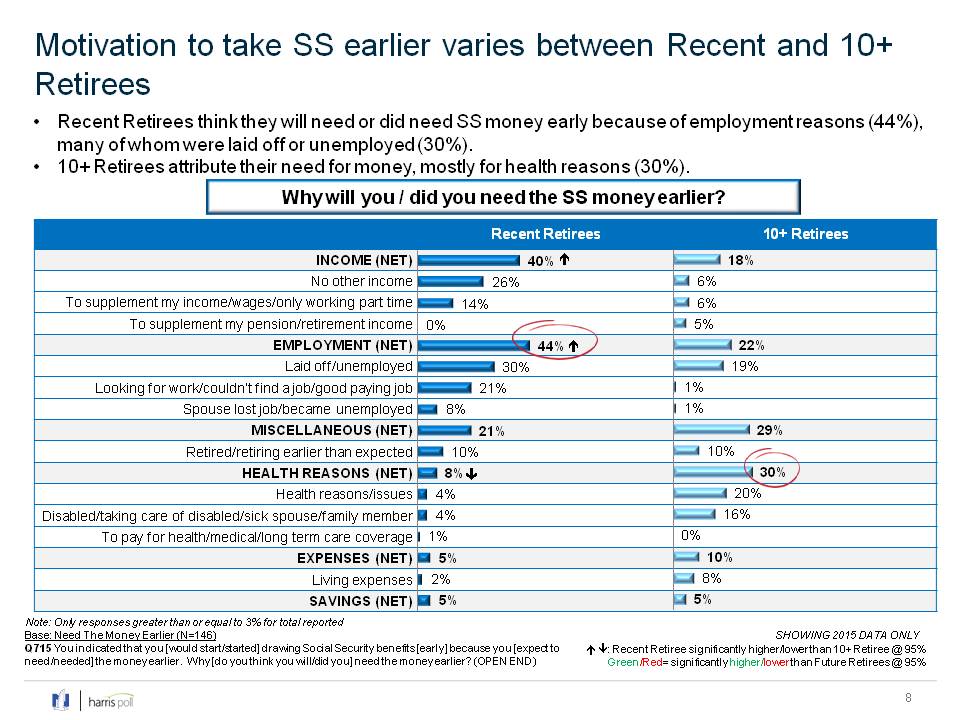