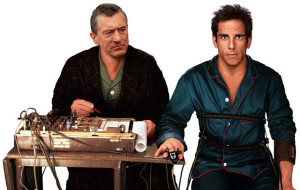 Your boss tells you, “You’re doing a good job.” Do you believe him? You are interviewing a candidate for a job. She says, “I left my previous job, because I was tired of the long commute.” Your romantic partner tells you, “I am not having an affair.” True?

It’s easier than you think to become a human lie detector.

By themselves, each of these behaviors can just be signs of stress, or even a person’s natural mannerisms. One can occur by chance, but when two or more of these behaviors suddenly appear at a moment when lying could be expedient, you should be skeptical. For example, when you ask a salesman how reliable that used car is, it suggests he’s lying.

Of course, in order to notice a change, you need a baseline. So you must first watch the person when talking about innocuous issues.

Also look for mixed signals. When someone’s telling the truth, her words, her face and her body language are all congruent. For example, if a person is honestly saying that she likes you, her face is usually relaxed, offering a gentle smile and warm eyes. Her body is calm and open. But when she’s lying, something is usually inconsistent. In the most obvious case, she may be saying she likes you, but she’s not smiling. She may even have a clenched fist. Better liars can muster a smile, but it doesn’t look natural. Even better liars can put on a convincing smile, but their eyes aren’t smiling. Still better liars can control their entire face, but their bodies seem closed or cold. Look for mismatches between words and body language.

When you’ve gotten a signal—a change in body language or a mixed signal that the person may be lying—ask for more information about the same topic. Are those same lying signs apparent? That can confirm your suspicion.

Of course, there’s no foolproof way to detect lying. Some people are terrific at covering themselves up, especially if they are naturally emotionally flat or have practiced their lying skills over many years—certain political leaders come to mind. But if you look for behavior changes and mixed signals at lying-expedient moments, you will improve your BS detector.