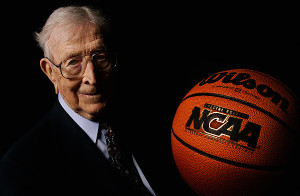 Here is my collection of lessons learned from John Wooden: