↓ Skip to Main Content
Home › Insurance › Boomer Products › The surprising truth about where, when and why retirees relocate

The surprising truth about where, when and why retirees relocate 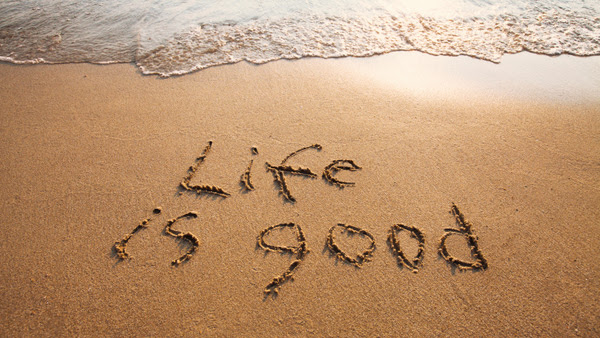 One of my hobbies is collecting photographs from the retirement brochures handed to clients of financial services companies. My personal favorite genre is the silhouette of a white-haired husband and wife sitting in lounge chairs on the beach, taken from behind, gazing at the ocean, possibly holding hands or a drink. Among the best of these photos is a retiree with arms raised in triumph at having successfully made it to the beach (obviously by following the recommendations of the financial advisor). I’ve collected about 50 of these reverse beach chair shots.

It’s easy to understand why these images are so powerful. According to Nobel Prize-winning economist Gary Becker, such images enhance our so-called imagination capital by increasing our awareness of the future. We save more during our working years to fund a 25-year plus beach vacation at the end of life.

But how accurate is the image of the beach-bound retiree? How many retirees actually move out of their homes? If they do move, why do they leave and where do they go? And does it make sense to shop around for states with lower taxes and better lifestyles?

Research provides some important answers to these questions. The first surprising finding from a new study by the National Association of Real Estate Investment Trusts is that only a tiny percentage of seniors move during their 60s (about 1 percent per year). Most retirees stay in their own homes and, as Texas Tech researcher Charlene Kalenkoski has shown, they spend most of their time watching TV. A more realistic (but less effective) ad would show a couple on the couch raising their arms to reach for the remote.

In the past, greater wealth gave seniors the luxury of staying in their own home instead of having to move into an apartment. A 2008 study by Texas Tech professor Russell James found that renters were generally less satisfied in retirement until they begin to experience the mental and physical limitations that often motivate a move into senior housing in their 80s. Today, these more wealthy retirees are being lured by innovative senior housing options that promise an improvement in lifestyle for those who can afford the cost of admission.Historically, retirees generally moved from their own home to a nursing home after they were no longer able to care for themselves. But more seniors today are moving than in the past. The likelihood of moving has roughly tripled within each age group of retirees between 1968–1984 and 1996–2011 (even though the percentage among young seniors is still very low). The most dramatic trend in the 21st century is the sharp rise in moves to senior housing by younger (age 65–74) retirees in the highest wealth groups. More young, wealthy retirees are deciding to sell their homes and transition into an environment tailored to retirement living.

In his book “Housing in America,” author John McIlwain points to sharp differences in preferences between boomers and older cohorts in predicting a shift in senior housing. Boomers are more concerned about lifestyle, and some retirement communities are beginning to focus on a new generation of retirees.

According to Tony DiBlasi, chief of asset management for Ohio Capital Corporation for Housing, communities that cater to younger retirees are selling a lifestyle. “The early boomers have a different idea of senior housing than has been traditionally available in the marketplace. What’s changed in the last 10 years is product types — developers are offering more square footage, innovation in floor plan layouts that are more attractive, brownstone apartments with a more urban look, access to technology, and they’re bundling more health and wellness activities like swimming pools and fitness centers.”

So-called active adult (or 55+) communities are predicted to grow by 25 percent annually according to the National Association of Home Builders. Even the grandfather of retirement communities, Del Webb, seems to be catering to the anticipated boomer audience by advertising energy saving, “environmentally friendly” homes. They even list wine tasting and lifelong learning as the first two activities on the Del Webb lifestyle web page. Clearly the lure of the largest aging cohort in history is already impacting developers expecting an exodus of retirees looking to while away their golden years sipping chardonnay at yoga class.

Among the most interesting options mentioned by DiBlasi are continuing care retirement communities, or CCRCs. Rather than transition from a single family home early in retirement to a nursing home late in retirement, retirees can select a living environment that best matches how and where they want to live, and then transition from condo-style living to greater care in advanced age. Retirees must buy access to the communities (often hundreds of thousands of dollars, and the cost can increase with life expectancy), but retirees are guaranteed a place to live if they keep paying the rent.

With a CCRC, you pay up front because you won’t risk outliving assets on the back end since you’re guaranteed to receive care within the community. The concept provides an alternative to long-term care insurance, and many even allow a partial refund of up-front costs if you decide to move out. As with long-term care insurance, the financial strength of the company is an important consideration; however, DiBlasi notes that “these companies have very long track records at this point. They’ve been doing this for decades.”

Although a 2012 study by the Pulte Group found that over 60 percent of baby boomers don’t want to move out of state in retirement, the rest will be shopping around for a location that promises the best lifestyle they can afford. And wide variation in income, capital gains, estate, property and sales taxes can have a big impact on lifestyle for many retirees.

It’s not an accident that Del Webb communities are located primarily in Sun Belt states in the Southwest and Southeast. Many of these same states see the value of enticing retirees who provide tax revenues at a relatively low cost to state resources. States like Florida, Texas and Nevada offer the lure with no income taxes. Mississippi doesn’t make retirees pay income taxes on Social Security and pensions. Delaware offers no sales tax and low property taxes, while Louisiana and Alabama have among the lowest property taxes, and each has a 4 percent sales tax rate. Arizona offers modest income, sales and property tax rates.

In order of how much tax rates should matter to higher-wealth retirees, one might list estate, capital gains and income taxes at the top of the list, and sales and property taxes at the bottom. The importance of tax rates is complex since many wealthy retirees may not have a taxable estate and may have created a financial plan that minimizes taxable income. Others, particularly those in a state with high home values, may see the continuing expense of high property taxes as a budget buster eating away at discretionary savings. And all retirees pay their fair share of sales taxes.

Statistics on the migration patterns of boomer retirees suggest that things like taxes do matter, but so does climate. A study by the Urban Institute showed that Phoenix, Tampa, Atlanta and Las Vegas saw the highest number of retirees age 55–65 who relocated across state lines between 2005 and 2010. Occasionally I see a story on “Great Places to Retire!” that lists cities like Nome, Alaska, because of their low cost of living for seniors. I don’t see Nome on the relocation list. Boomers clearly want to be warm!

Property taxes might have an even bigger impact on motivating a move than income taxes, even if the actual size of the tax break is less than that of moving to a state with a lower income tax. Many seniors have paid off their mortgages, so every so often they have to write a big check to pay for property taxes. Income taxes may be automatically deducted from pensions. This makes property taxes more salient.

Income and sales taxes tend to be less salient. We don’t notice them, so states and municipalities don’t get as much pushback when they raise them. Does anyone really notice when their sales taxes rise from 7 percent to 7.25 percent? They do notice when their property tax rises by $500. That means that people hate property taxes, and seniors will make tracks when they go up.

How sensitive are seniors to property taxes? A study by Federal Reserve Board researcher Hui Shan in the Journal of Urban Economics finds that raising average property taxes by $100 increases the likelihood that a senior will move by 8 percent. This doesn’t really work out well for the cities and states that rely on property taxes, because seniors are a pretty attractive commodity (one paper called them “golden” since they don’t burden school districts with costly students). Most workers don’t see property taxes as more salient because they’re just added to mortgage payments. To these workers (unlike retirees), income taxes are just as salient as property taxes — so states with a higher percentage of lower-income retirees often feel pressure to keep property tax rates low.

It is important to consider the net impact of both salient and non-salient taxes on lifestyle when deciding where to retire. Retirees who will be living off dividends and capital gains will obviously pay more in states that tax them. Retirees with a pension may prefer a state with a higher income tax (like Pennsylvania) that doesn’t tax pensions, while another retiree drawing income from a 401(k) may prefer a state with no income tax. When contemplating possible retirement locations, estimate the impact on net income from all sources. But, by all means, don’t move from San Diego to Nome because the tax rates are lower.

So retirees are happier if they move, but most retirees end up moving only after they are no longer able to live independently. These forced movers also tend to stay close to their previous home. And this may be one of the most interesting lessons from the research on moving in retirement. While the image of the couple in the lounge chairs might motivate us to save for retirement, we’ll never get to the beach unless we actually move to one.