You Can Make Arranging Face To Face Meetings Easier 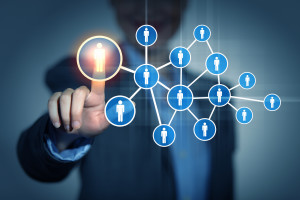 There are a number of ways to get in front of someone to conduct an interview.

When examining the various methods to contact a prospect or drawing prospects in front of you (i.e., seminar), for the most part it boils down to a telephone contact from a producer (or qualified marketing assistant) to arrange a favorable meeting. In essence, the prospect must be convinced he or she can potentially benefit from meeting with an insurance sales professional, or the interview does not get arranged.

Sticking with the telephone is generally the most often used method to make contact with a prospect, a producer will find their ability to influence a prospect to meet with them is directly linked with the sales lead having TPI.

Third party influence occurs when a producer makes contact with a prospect (this can be face to face or a telephone contact and is able to gain the listening attention of the prospect through reference to a third party known and respected by the prospect. [I’m assuming there is no ‘do not call’ compliance issues associated with making contact with the prospect.] Without TPI, few prospects will listen to your pre-appointment message as to how the prospect can benefit from a sit down meeting with a financial professional.

Conversations about insurance (even if the words themselves aren’t spoken) don’t generally excite consumers to want to meet with a producer. Last time I checked, the consumer thought process often went like this – “this person is just trying to sell me something and I’m not sure I need or can afford any more insurance … I’m not interested… in fact I’m all set.”

It’s often out of respect for the third party affiliations alone that prospects “with TPI” will listen to a producers appeal to meet with them and agree to scheduling a favorable appointment. Without TPI, you are just another pesky “salesperson” in the mind of the prospect. And unfortunately, in the universe of sales people in general, consumers tend to think insurance sales people are more interested in selling them something for their personal gain (commissions), then for their own personal benefit.

What I have coined the “the hourglass syndrome,” deals with time management efficiency and the measurement of a sales person’s “prospect contact to appointment secured” ratio being directly linked to having qualified sales lead inventory. This is a powerful concept and often identifies the cause of a financial services producer’s failure in this business.

An ineffective producer often struggles as a result of prospect leads being unqualified. This translates into poor activity ratios and of course poor sales results.

Often ineffective producers think their sales are down because of some other reason. Often, this is not the case.

Understanding this concept on arranging face to face meetings will benefit you in the long run.

Good bookkeeping will help you see the truth

Let’s look at an example of what the numbers reveal:

To make this point clearer, let’s say a typical newer producer is able to make 15 telephone contacts with their sales leads per hour and is in need of 12 new business sales appointments each week to meet his/her production objectives.

If a producer continues to prospect and develop an inventory filled with leads without TPI, their prospect contact to appointment secured ratio may be in the area of 9:1 (I’m probably being generous here). Those producers who control the source of their sales leads and who are cognizant about the influence of TPI, will have a ratio in the area of 3:1.

Actual results of course vary by producer. The point here is a producers’ efficiency ratio will always be better if a qualified lead fuels the sales process. This may sound elementary, but even seasoned producers fall into the trap of developing poor prospecting habits and often don’t correlate the real reason why they are in a sales slump.

In a business where sales results (commissions) are linked to efficiencies, the “9:1” producer above is nearly three times less effective than the second producer. This may not sound like all that big a deal, until you examine the ‘bottom line’.

Looking at the chart below, producer “A” on the left below starts with 90 prospects and makes $1000 from all his efforts. Producer “B” below also starts with 90 prospects – all qualified sales leads – and makes $20,000 for his efforts {don’t get hung up on the average case size, it’s the point I’m trying to make that’s important for producers to understand}. Each producer in my example started with 90 ‘prospects’, yet producer B earned a great deal more in commissions as a result of being more efficient. The difference stemmed from controlling the source of the sales lead inventory to start the sales process.

Note that as a result of TPI, all other producer efficiency ratios show

Footnote from ted: the key to success in any business is good accurate record keeping. The reason that most business’s fail in the united states is lack of good record keeping.

Here is an example of how arranging face to face meetings through with referrals worked for me.

During my first year in the insurance business, my record keeping identified the military market as my most efficient and productive target market. I then specialized in that target market and eventually became known on that military base as the foremost insurance agent to help young air force officers. But just like anything else, it takes time and hard work.