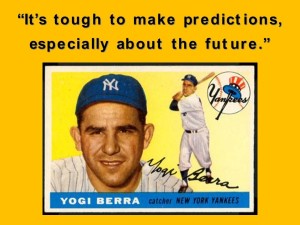 The First Week of the 2016 MLB Season is over, time to review the most famous Yogi-isms